“For me, photography is not a means by which to create beautiful art,
but a unique way of encountering genuine reality” ~ Daido Moriyama 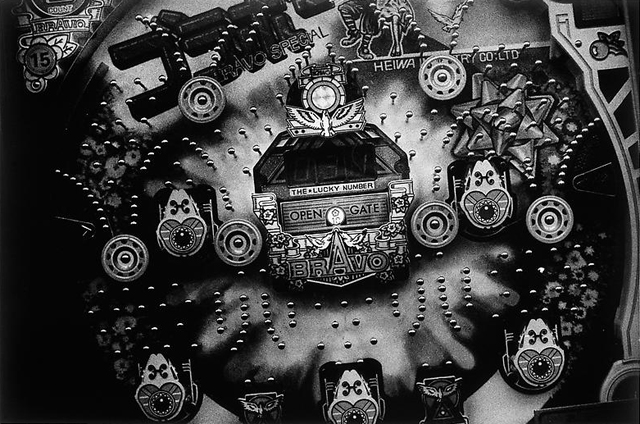 Moriyama emerged as a photographer in the 1960’s at the tail end of the VIVO collective, a revolutionary and highly influential group of Japanese artists who reexamined the conventions of photography during the tumultuous postwar period. William Klein’s loose, Beat style images of New York City in the 1960s also served as a major turning point for Moriyama, who found inspiration in Klein’s free-form photographic style. Taken by these innovative approaches at home and abroad, Moriyama ultimately went on to forge his own radical style.

“Hawaii”, Moriyama’s most recent body of work, was produced over a period of three years and presents his distinct perspective on the daily lives of the people living on the islands of Hawaii and Oahu. Returning to the island five times before feeling prepared to shoot these surroundings, his overall approach is purposeful and considered despite his loose and informal style. [Press Release]